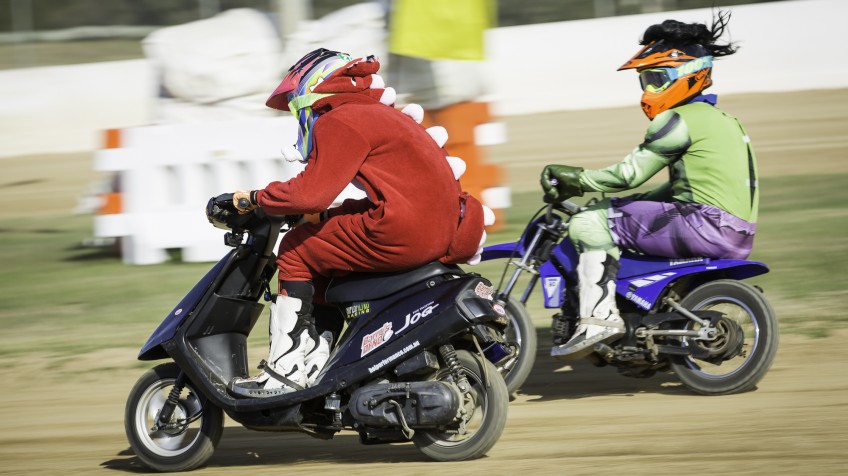 A few weeks ago I was lucky enough to be invited to shoot Ellaspede’s 2015 Dust Hustle in Brisbane. The Dust Hustle is the second running of the anything goes, dirt track event and had at least doubled in size since last year. Spectators were treated to all kinds of sideways action from scooters and minibikes to Harley Davidsons and specially modified machines including a practice bike from the latest installation of Mad Max. Pics can be found here and in this month’s issue of Just Bikes magazine. Bring on 2016!